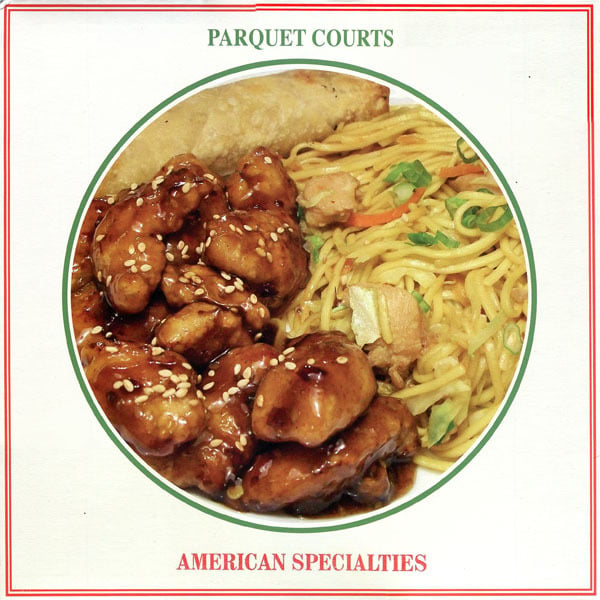 Play Pinball! finally got some more tokens to drop in the machine after over a year of basking in the unholy glory that is VIDEO--rising back with a nice 12" pressing of Parquet Courts demo tape that was released almost exactly a year prior.

American Specialties is a much stranger collection of recordings than their incredible (official) debut LP, Light Up Gold, but it's equally as pleasing. That awesome (but a little messy) tape was sent to Play Pinball's tried and true pal, David Willingham, at The Echo Lab in Denton to work his magic and boy howdy, this remaster sounds better than hoped.

1st press of 300 on mixed color vinyl - SOLD OUT PLEASE DO NOT ASK
2nd & 3rd pressings on black vinyl.